The Wildlife of Namibia

There is a huge amount of different flora and fauna for you to photograph ranging from the world-famous to the rare and obscure. Whatever your passion, be it landscapes, wildlife or flora, Namibia has it in droves. For example, Namibia is one of only two countries that has desert elephants!

These are some of the other more noteworthy animals you may encounter during your time in Namibia: 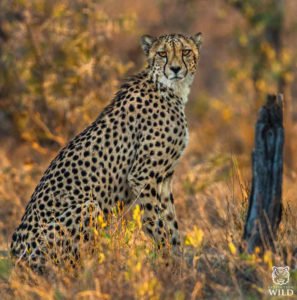 While the cheetah can be seen in many places in Southern and Eastern Africa, Namibia has one of the largest wild cheetah populations within its borders. The cheetah is active during daylight hours typically and will do the majority of the hunting during that period as well.

Preying mainly on antelopes, a cheetah can reach speeds up to 40mph, acceleration speeds can be as fast as 70mph. 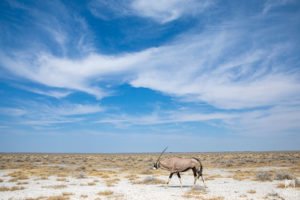 The gemsbok, better known as the Oryx gazelle, is a large antelope native to the area and depicted on the coat of arms of Namibia. There is estimated to be 373,000 gemsbok in the country. These large horned creatures look straight out of a fairytale and are common in the more arid regions.

The Plains Zebra is the most populous and popular of the zebra species. A bit smaller than your typical horse, the zebra is a striking creature with an unmistakable black and white striped coat.

These are pack herd animals that keep together in large groups across the expansive grasslands of Africa. They avoid deserts and rainforests.  Where you find zebras, predators like lions, crocodiles, and hyenas are never far behind.

There are many lion habitats in Namibia today. Huge efforts have gone into preserving areas and reintroducing lions into key locales. In some places, lions may roam a space up to 400 square kilometers. 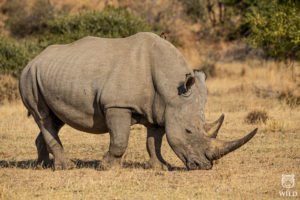 Sad to say, but we may be one of the last generations able to appreciate these animals. 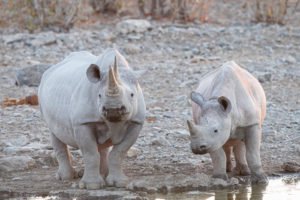 The black rhinoceros has a curved shaped mouth like a beak. It’s the easiest way to tell them apart from white rhinos.

Namibia is home to the largest population of free-roaming black rhinos.

More to See in Namibia

Dead trees with a backdrop of red sand dune make this one of the most iconic locales in the world. The shifting sands have cut-off and rerouted water through this area many times over the centuries and what was left behind was an eerie ghost-like terrain. Though the trees are not petrified, there is so little moisture that they do not rot.

Some of the trees are thought to be as old as 1,000 years. The ground is cracked and parched clay that adds to the mysterious imagery. 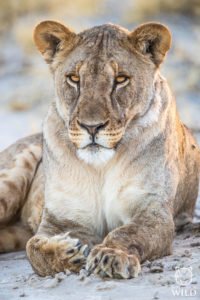 This coastal city in Namibia lies west of the capitol and has a number of sandy beaches. Museums and hotels dating back to the colonial era when German settlers began the city can be found.

This is a popular surfing destination and a place to spot exotic bird-like the flamingo in the wild. Nearby you can also find sand-surfing, rock climbing and more adventurous activities that take advantage of the unique terrain of the area.

Untold numbers of cultures and civilizations have risen and disappeared within Namibia, or have passed through at one point or another. In one locale called ‘Bushman’s Paradise,’ you can find cave paintings of animals going back thousands of years.

Namibia’s UNESCO World Heritage site, Twyfelfontein, is thought to be around six -thousand years old and has over 2,500 carvings.

Often called moonscapes due to their seemingly alien nature, the terrain of Namibia is not like other places on earth. From ancient craggy stones and shifting red sands, there is an endless amount to discover in the wilderness of Namibia.

Rivers, beaches, cracked clay basins and endless sands – everything you would need for your next sci-fi movie.

Experience a Rich Culture of Africa 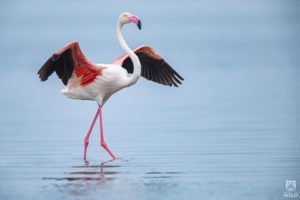 The wildlife and the terrain may be enough to convince you to visit Namibia, but it definitely is not all you have to discover. Namibia is home to many different tribes and cultures with unique traditions.

While roughly 50% of Namibia’s population comes from the Ovambo tribe, there are over a dozen other tribes that make up the rest of the population. About 90% of the population is Christian. Many Christian beliefs have been adopted in traditional animism and shamanism beliefs.

The food of the region is a nice mixture of German culinary sensibilities meshed with traditional ingredients and flavors. It makes for a dining experience rarely found outside of the country. 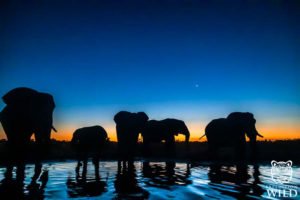 This same pattern can be found in the music and performance arts of the area. It is all an eclectic mixture of colonial influence and each tribe’s traditional aspects. Soccer is the most popular sport.

Generally speaking, cattle plays a large role in society and is giving as a gift during momentous occasions like weddings. Family units will pool resources and it is common to find two or three generations under the same roof.

Check out our African Faq page for more information on what you may expect from an African Safari. You should help support the WWF and their efforts in wildlife conservation in Namibia.

Register now! We will send you best offers for your trip.

This website uses cookies to improve your experience. We'll assume you're ok with this, but you can opt-out if you wish. Read More

We don't sell your personal info. You may opt out or in by using the link Do Not Sell My Personal Information

Do you really wish to opt-out?